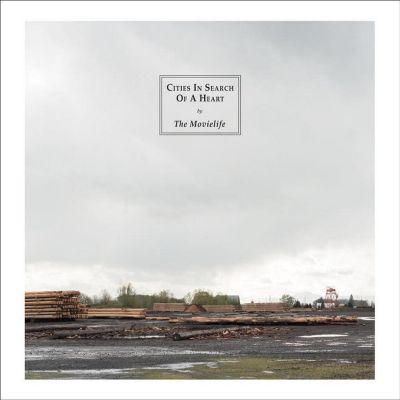 Review – ‘Cities in Search of a Heart’ by The Movielife

As the years start to creep up on you, and you’re not the spry teen you saw in the mirror 20 somewhat years ago, you start to take notice of a few things that are only possible with age.

One of the strongest observations ( besides realizing how awesome credit card points are) is that some friendships kind of come and go. It’s no one’s fault really and it’s not deliberate, some things just change. Then, in a lot of cases, the stars align (and usually with the aid of social media) when you least expect it, and that friendship pops back into your life.

Older and wiser after some inevitable life’s ups and downs. That comfortable familiarity with a touch of nostalgia that you can only experience from an old bud. Even though some things have changed, the core is still there.

Long Island’s The Movielife ( I don’t care if they live in Brooklyn now) are that old friend. Despite the occasional show here and there, it’s been 15 years since we’ve heard new music from them.

15 years is a lifetime ( for cats and larger farm type animals). You jump on that raft and let the river take you wherever you’re destined to be. Sometimes it’s never where you’d expect, but after a few good listens to the new “Cities in Search of a Heart” you can agree that Brandon Reilly and Vinnie Carauana were destined to arrive at the same place, at the same time.

Having taking different paths ( Vinnie took the I Am the Avalanche route while Brandon opted for the Nightmare of You one ) this record is the 2017 version of one of Long Islands most beloved VFW era “emo-punk” favorites that can champion the genre in a way that only a Long Island band can.

Like that old friendship, this is a record that was only possible through age and experience while honoring the bond of old. As a listener, you’re reminded of those glorious VFW days while placating the jaded 30-something ( or 40-something) you are now.

TML have figured out a way to appease both of those sorts.

And like all good things that have aged, there are some changes as Vinnie and Brandon are the only members this time around from the bands last record – 40 Hour Train Back to Penn. Familiar face Brett Rat, from Vinnie’s former life in I Am the Avalanche has stuck with Vinnie and is now part of the fold.

Despite the time and changes, this record is still undeniably The Movielife.

"Xtian, despite no formal degree to speak of is an acclaimed writer of texts, facebook posts, to-do lists and still to do lists. Currently he is attempting to cross " write quick bio" off the latter. Long Island born, bred and proud, he now resides in queens cause rights on red make him nervous. He borrowed this " about me" from his profile on an internet dating site. No one was impressed there either."