Moon Tooth goes to The School of Rock

Dozens of children and one golden doodle were extremely excited to see and talk to Moon Tooth, the Long Island progressive metal band before they leave on their next tour with Astronoid. This eighteen and under show occurred on Friday the thirteenth of January for School of Rock students at the Rockville Centre location. 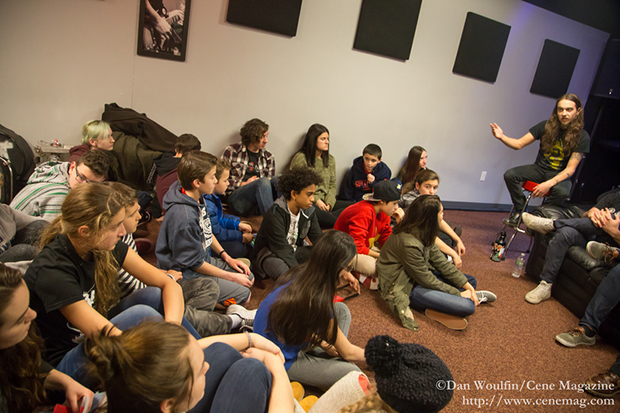 They talked to the students for over a half an hour about being in a band, life on the road, the recording, and mixing and mastering of their album “Chromaparagon” by Ray at Westfall Studio in Farmingdale. This album has been reviewed in Metal Injection, New Noise Magazine, and other publications. It also made John Darnielle’s (Mountain Goats) top ten albums in 2016.

“You want to be in a band with your friends, you have to be willing to do a lot. Play a lot of shows, go to shows and meet people and tell them about your band and make friends with other bands that you will make shows with later” – Nick

The students were really interested since the School of Rock’s philosophy emphasizes teaching music through performance, combining weekly private one on one lessons with group rehearsals to get students playing in a band immediately. They asked questions like “What is touring like?,” “What was your first gig like?,” “Are you self-taught or did you have lessons?,” and “When did music become more than a hobby for you?”

On trials and tribulations on tours “Honesty is very important…The people you’re playing music with, you’ve got to have a good connection” – John

Answering these questions, Moon Tooth was brutally honest about what it takes to be in a band on tour, including eating a lot of peanut butter and jelly sandwiches and the importance of meeting other bands. The answers and advice varied. Vincent made sure to point out that “If music is what you love, and your dream, you have to sacrifice,” while John told them, “If someone says you’re lame for liking something [a music genre], they’re lame for saying it.” 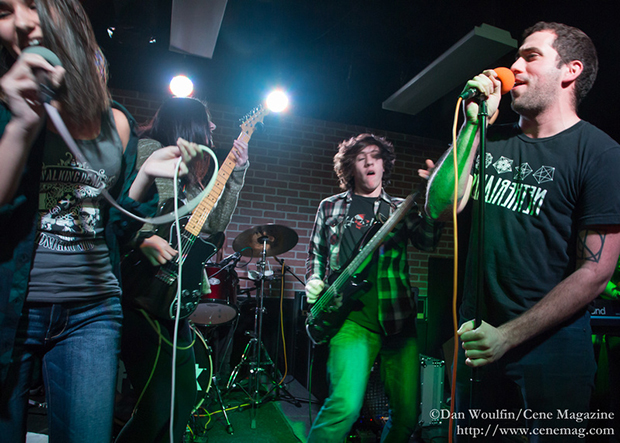 The band then was in for a surprise performance by the School of Rock’s Senior Band, who played Guns N Roses “Welcome to the Jungle.” They then invited John and Nick to join them in covering “Toxicity” by System of a Down.

“These guys are like my brothers. I never had a brother, I have a sister at home, but I have three brothers right here.” Vincent

The students then experienced Moon Tooth’s touring set complete with new songs that have never been played live in front of an audience. After a little hesitation they moved close to the stage banging and shaking percussion instruments that John handed out and swarming over Nick during guitar solos.

Towards the end there was headbanging, devil horns in the air, and the crowd joining the band on stage during their final song. It was honestly one of the most fun shows I’ve seen in a long, long time, and it encapsulated something John said to the students “be weirder than everyone else.” 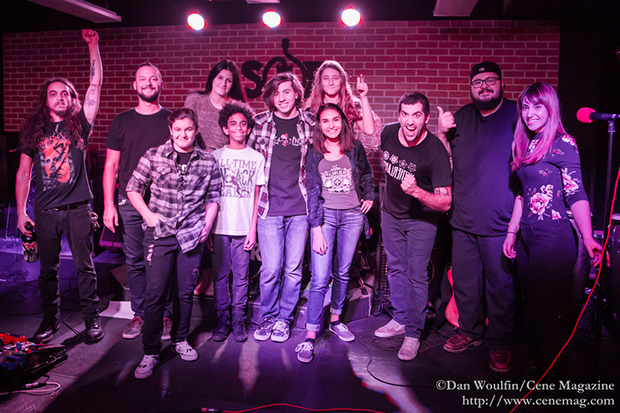 “Dan Woulfin is a former freelancer for a number of newspapers you probably haven't heard of and a photographer who doesn't like using the viewfinder.  Somehow, once in a while, it seems to work out...”