My father makes his livelihood as a musician. I’ve been going to see him play my entire life – clubs, bars, restaurants, catering halls – and I’ve come to the realization that you can tell a lot about a place by the way they treat their musicians.

He normally marks me down as a roadie or a photographer, and I sit alongside him in the kitchen during breaks. I see the wait staff before the doors open, when they haven’t even plastered on their professional smiles yet, and I see the kitchen staff after closing, when patience is scarce and everyone just wants to go home. I’ve seen management give my dad and his guys a hard time about everything from volume and pay, and I’ve seen him nod and smile and take it, because he’s not a guest there, nor is he an employee. He’s the entertainment, and unfortunately, that doesn’t always warrant the best treatment.

That being said, for every ten of those establishments, there’s one of the exact opposite. There are some places that always, always treat him like family. 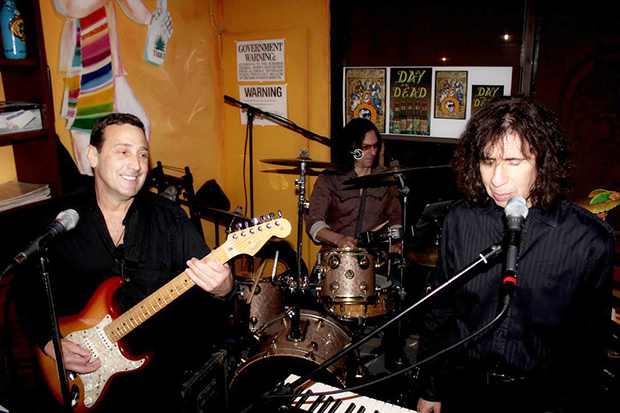 My dad started playing at Margarita’s Café in Wantagh about a year ago, shortly after it opened in January of 2015. It’s one of four locations on Long Island, originally established by William Martinez in East Meadow. With its artistic ambiance and traditional Mexican dishes, it’s the type of place that intrigues you from the second you walk in. But the first time I went to see my father play there, neither the food nor the atmosphere was my main takeaway. My first impression was of the staff, and how absolutely incredible they all were.

The bartenders were dancing along to Zeppelin as they mixed drinks, the servers were upbeat and conversational, and the guy in charge – Juan – was one of the most genuine and optimistic people I’d ever met. Ever since that night, I’d been dying to hear his story. That’s why I was thrilled to finally sit down with him this past weekend and hear all about his life, his business, and his experiences. 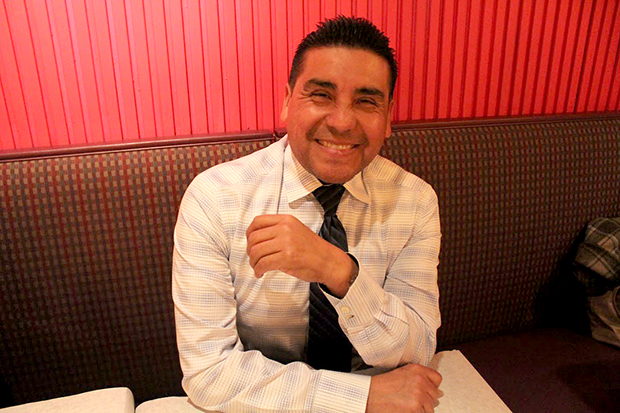 Juan, part owner and manager of Margarita’s Café in Wantagh, moved here from Mexico in 1991. He’s been in the restaurant business ever since, though not always at the top of it. Juan started as a server when he was 24, and then, when he switched locations eight years later, he took a job in the kitchen of an Italian restaurant. From there, one of his costumers got him a manager’s position somewhere else. As Juan spoke, he described the web of people and experiences that wove together in exactly the right way to get him to where he is now. “And those people I met during all those jobs,” he said, “They had the most amazing stories.”

When I asked him how those experiences influenced the operation of his own restaurant, he said, “I didn’t want it to be all strict. I like to joke around with the customers, and laugh with them, and when they ask if I can make something that’s not on the menu, I say, ‘Sure, whatever you want.’” I then asked him what it was like to be his own boss, and he said, “Boss? No. More like leader. I do the best I can, and hopefully the rest of them follow my example.”

Whichever examples he’s setting, they’re the right ones. The entire staff creates the type of good-natured atmosphere that prompts complete strangers to turn to the table next to them and start talking as if they’ve been friends for years. Everyone inside is always quick to shake your hand and learn your name, and I’ve never left that place without getting to know someone new. 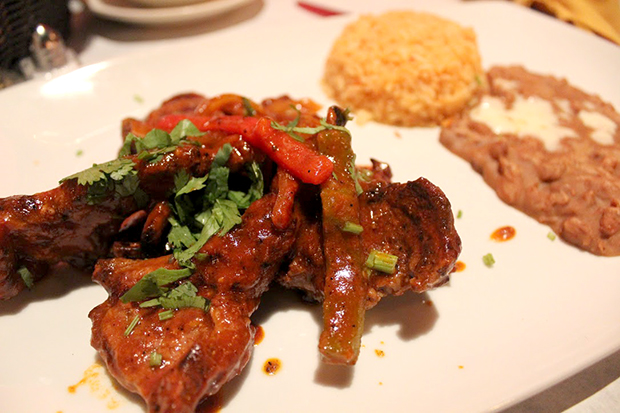 I’ve also never left that place without getting an incredible meal. I think now would be an opportune time to say that, up until last January, I had deemed myself “not a fan of Mexican.” However, where your typical burrito falls short, Margarita’s delivers tenfold. Their signature style is traditional and fresh, and yes, they do the basics like quesadillas and tacos, but they also make everything from paella to lamb chops in a garlic chipotle adobo. Order the guacamole, and your waiter will make it right in front of you; order the house margarita, and your expectations will probably skyrocket to the point where you stop ordering it elsewhere.

When I asked Juan how he managed such a great menu, he said, “Consistency, fresh ingredients, and passion.” He told me about how he used to cook alongside his grandmother as a kid; she was from Spain, and he always wanted to know how she was preparing something, or what she was putting in where. “It’s an art form. You need to have a passion for it, or people can tell.”

Finally, we ended up on the topic of live music – the reason I got to know him in the first place. I asked him what, exactly, musicians add to the mix, and why he chose to have live bands (everything from Sinatra to rock) at his restaurant each week. “I’ve always been around live music,” he said. “It’s all about the experience. If you have the right musicians and the right music, people make great memories together.”

Maria is a born and raised New Yorker, though with her love of farm-fresh food and sprawling mountains, you’d never know it. She’s got a nasty case of wanderlust, but she still has loads of room left in her heart for things that are safe and comfortable, like knitting, tea, and corgi gifs. Check out her blog: www.thebohoblog.com.